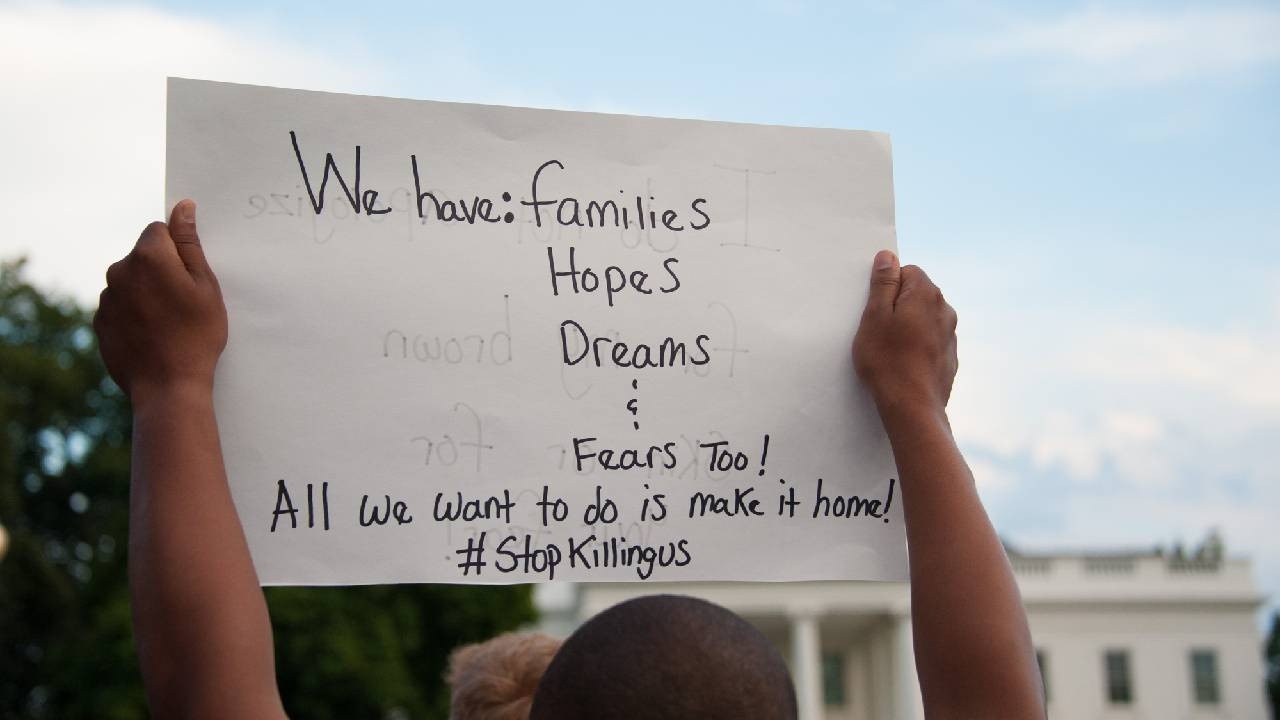 The U.S. was the site of another mass shooting on Saturday. Ten people are dead and another three are injured. Eleven of those shot were Black. The shooter is an 18-year-old white man who drove more than 200 miles and intentionally chose a Black neighborhood in Buffalo, NY to commit his crime, streamed it live online, and was taken into police custody without being harmed.

There are so many things I want to say about this incident. First, I haven't posted on social media about it before today. Nothing on Facebook, LinkedIn, or Instagram. I thought about it, and it just felt too heavy. There were other voices who were able to talk about the things I wanted to say, so I was quiet. When I felt ready, I wrote this post. Too many thoughts are running through my mind for one blog post, but I’ll share a few things at the top of my mind in no particular order.

The far right say they fear a “white genocide,” that there will eventually be more Black and brown people than white people in America or in Europe or that race mixing will dilute “pure” white genes (as if we’re not all mixed with something and we don’t all have common ancestors in Afrika). The idea that Jews are masterminding Black and brown births and discouraging white women from having children, that they are pushing inclusivity for transgender, nonbinary, and queer people to dilute white genes is racist. And while there have been abolitionists and people who see and fight for the value in everyone, this underlying racism is also who the United States has been since its inception. Please click the link below and read Michael Harriot’s whole Twitter thread about the Great Replacement theory. It’s fire, as always.

What happened in Buffalo was tragic.

But we MUST stop saying that it’s indicative of the rise of white supremacy. It’s not Trumps fault or Fox News fault or even Tucker Carlson’s fault.

The Great Replacement theory is not new. It’s who America always was

And check out Heather Cox Richardson’s essay outlining the history of Replacement Theory.

She ends with this:

“That theory is based in racial hate, but it is not only about racial hate. It is also about politics, and today Republicans are using it to create a one-party state.

“I know that the left and all the little gatekeepers on Twitter become literally hysterical if you use the term 'replacement,' if you suggest that the Democratic Party is trying to replace the current electorate, the voters now casting ballots, with new people, more obedient voters from the Third World," Fox News Channel personality Tucker Carlson, who is one of the country’s leading proponents of the great replacement theory, said on his show. "But they become hysterical because that's what's happening actually. Let's just say it: That's true."

It was not true in 1879, it is not true now, and people making this argument have blood on their hands.”

It’s not new for national opinion personalities designed to look like journalists deny that white supremacy even exists. It’s just a new platform for old hate and fear.

It’s an old trope that white America falls for every time. White conservatives might believe it whole-heartedly, but white liberals are passively okay with it, too. Otherwise, they would have done something about it by now. I mean, this has only been the narrative for hundreds of years.

The way the media talks about people influences how we think about ourselves and others. If we aren’t aware of it and on the lookout for it, it’s easy to be swayed. The media can influence the discussion while appearing to be neutral. For example, have you ever noticed that when the media covers a crime committed by a Black teen, they often refer to him as a man, even if he’s still in high school? But they often refer to white men all the way into their 30s as boys or young men. Here’s AP coverage of two 18-year-olds: 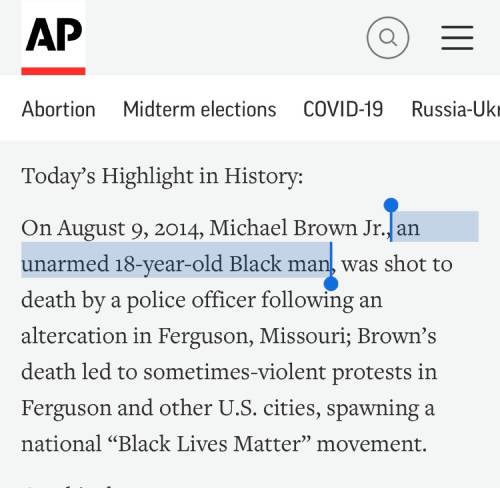 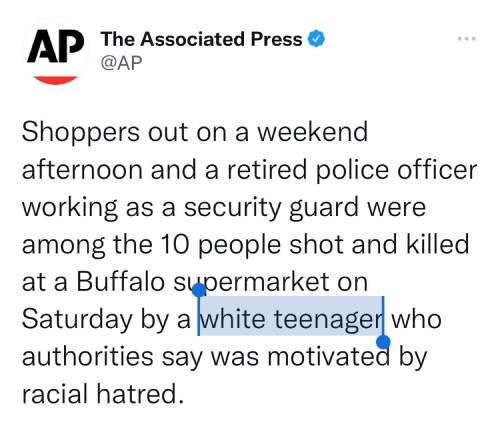 So the visuals and the words go together. They imply that Black and brown people are scary, older, and guilty. While white people are innocent, young, lone wolves who maybe have an undiagnosed mental health issue.

What’s often left unsaid about white men is that their mental health issue is racism and hate fueled by the same media that gives them a pass. 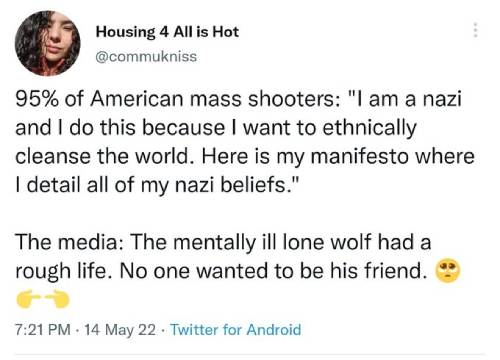 I’m all for defunding the police and using the money for prevention. Imagine if even half the police budgets went to providing infrastructure and services that would prevent crime from happening in the first place. Everyone would be fed, housed, educated, and have access to health services. Providing those basic needs would reduce crime and the police could focus on completing investigations. Increasing funding for the police hasn’t reduced or prevented crime so far.

Police in the U.S. have been militarized, with local departments receiving military weapons and looking for a reason to use them. They are trained to see the Black and brown people as the enemy. Here’s how I know. They can take white mass shooters into custody without violence, like: 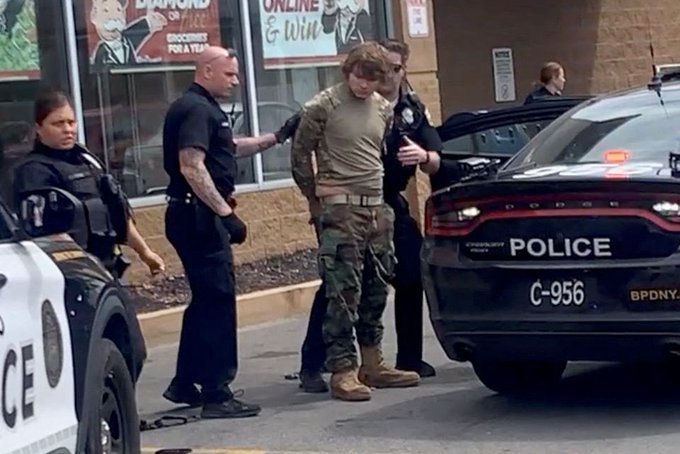 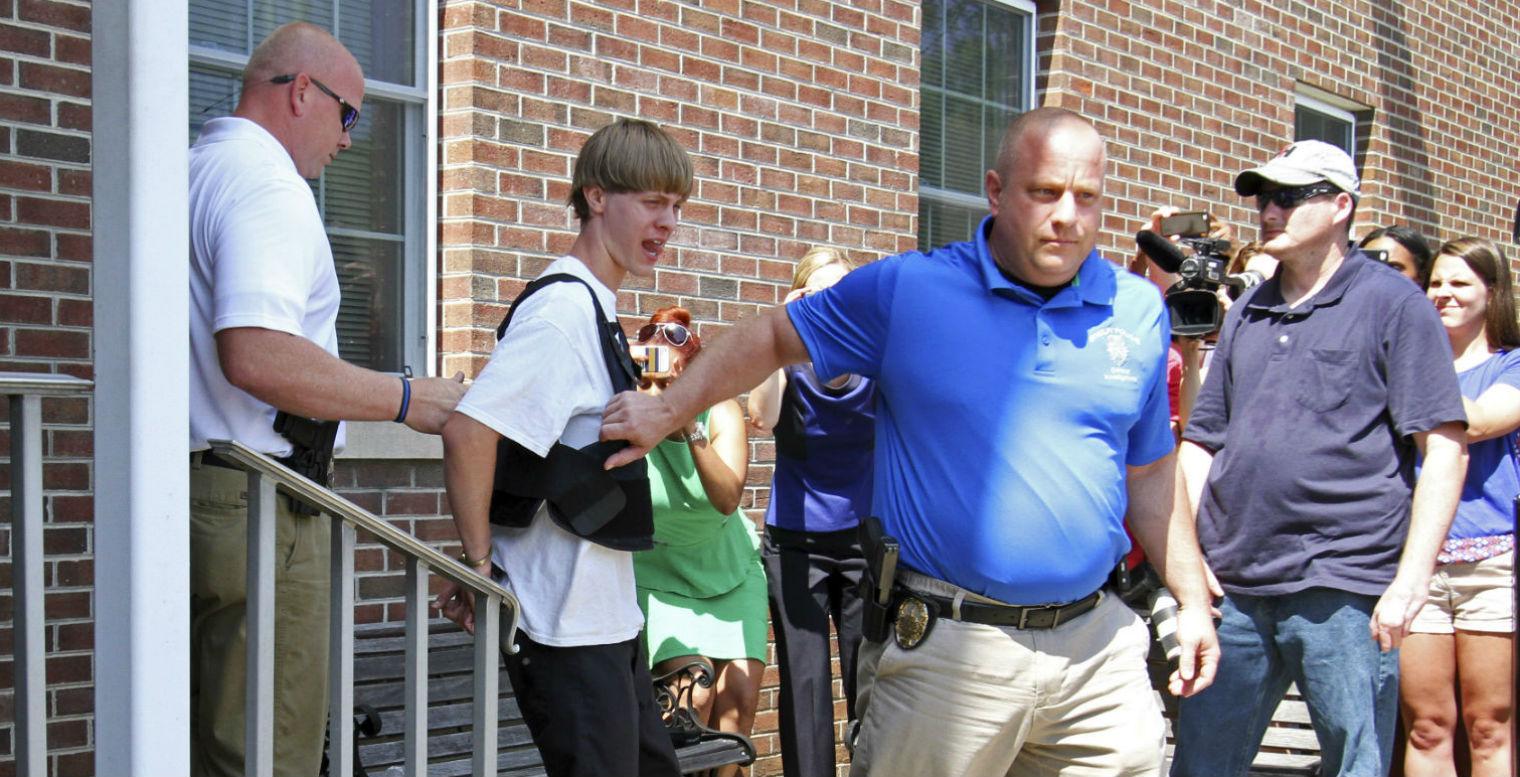 There are videos online of white people attacking police with machetes, stealing their vehicles, running away, and being met with restraint. But the sight of unarmed Black and brown men, women, and children sends police into a panic and they say they have to kill to protect themselves - even when those suspects are running away, asleep in their own homes , or already subdued. A simple Google search will turn up videos of unarmed, compliant Black folks being violently taken down by multiple cops. It's a mindset that dark skin means danger.

I think about this a lot, especially with people like Elon Musk and right-wing politicians screaming on social media and the news that they are being silenced. (Isn’t that ironic?) Stochastic Terrorism is “the public demonization of a person or group resulting in the incitement of a violent act, which is statistically probable but whose specifics cannot be predicted.”

Juliette Kayyem, who previously served in the Department of Homeland Security as Assistant Secretary for Intergovernmental Affairs, wrote in The Washington Post in 2019:

“Public speech that may incite violence, even without that specific intent, has been given a name: stochastic terrorism, for a pattern that can’t be predicted precisely but can be analyzed statistically. It is the demonization of groups through mass media and other propaganda that can result in a violent act because listeners interpret it as promoting targeted violence — terrorism. And the language is vague enough that it leaves room for plausible deniability and outraged, how-could-you-say-that attacks on critics of the rhetoric.”

This isn’t new. What are we going to do about?

But if we don’t have the facts, how can we create viable solutions? Republicans and the gun lobby have effectively blocked CDC funding to study gun violence for decades. How? In 1996 Congress passed the Dickey Amendment, which prohibited funds given to the CDC for injury prevention from being used to advocate for or promote gun control. The wording made it difficult to conduct the research and follow the data to its conclusions, regardless of what scientists found. The argument was that firearms research would undermine the rights of gun owners. But in 2020 and 2021, Congress finally approved $25 million to be split between the CDC and the National Institutes of Health to study gun violence.

According to the CDC about 124 people die from gun violence every day. Every. Day. And more people suffer non-fatal injuries than die. More than 70% of medically treated firearm injuries are from assaults – not accidents. Violence is our norm. So far, the power to keep the status quo is greater than the push for change.

When it comes to mass shootings – gun violence where four or more people are injured or killed, the United States is the world leader.

White supremacy presents whiteness as innocent and Blackness as guilty. It shows up in our media and our way of thinking. The end of slavery didn’t end racism. It just morphed into something more acceptable for the people with privilege and power, something average white people can be comfortable with. Jim Crow wasn’t slavery, but it still made Black folks subservient to white people. Mass incarceration and the school-to-prison pipeline is slavery by another name. But because white people can hide behind “law and order,” the masses can comfort themselves that the people being locked up are bad and brought it on themselves, ignoring all the circumstances that created the situations in the first place.

We’re already seeing how the Buffalo shooter is being set up for the mental illness public defense. He’s being treated as an individual who slipped through the cracks. His parents knew he had violent fantasies. His racism was blatant. He planned his crime with an online to do list. He was legally allowed to purchase three automatic weapons. The system failed him, they say. But when Black folks are the victims of crime, the media blames the victim, not the system. Police and media look reasons to justify Black and brown deaths.

If you hadn’t noticed this before, it’s because you’re not supposed to. Our society is set up to cater to the people with privilege. Racism is designed to be invisible to white people unless you want to see it. Because if you see it and you know the facts, too many white people might want to do something about it. Then the people with the power can’t control you. (That's why they don't want true American history taught in schools. If white kids grew up knowing the facts, they'd be abolitionists instead of passively accepting racism and believing they can't change it.)

What Will You Do?

If you see it, what will it take for you to do something about it? I'm not asking you to join a march, speak to Congress, or quit your job and start a nonprofit. I'm asking you to get comfortable talking about racism, misogyny, homophobia, ableism. Learn how to recognize oppression when you see it and speak up. Learn how to talk to your racist friends and family.

To you, it's an uncomfortable discussion. To someone else, it's life and death.

Join Inspired by Indigo, where I teach you how to make small changes in your everyday life that make a big difference. You’ll learn hard facts, how to take action, and how to take care of you so you don’t burn out. This didn’t happen overnight and there are no magic answers. It takes the courage to face the truth, small actions to make things better, deep breaths, and not quitting. And it’s easier to do in community. You’ll get weekly reminders on ways to care for yourself, lessons on systemic oppression, and suggestions for things you can do in your own life to shift our society towards equity. When is enough enough? Are you ready to do something?