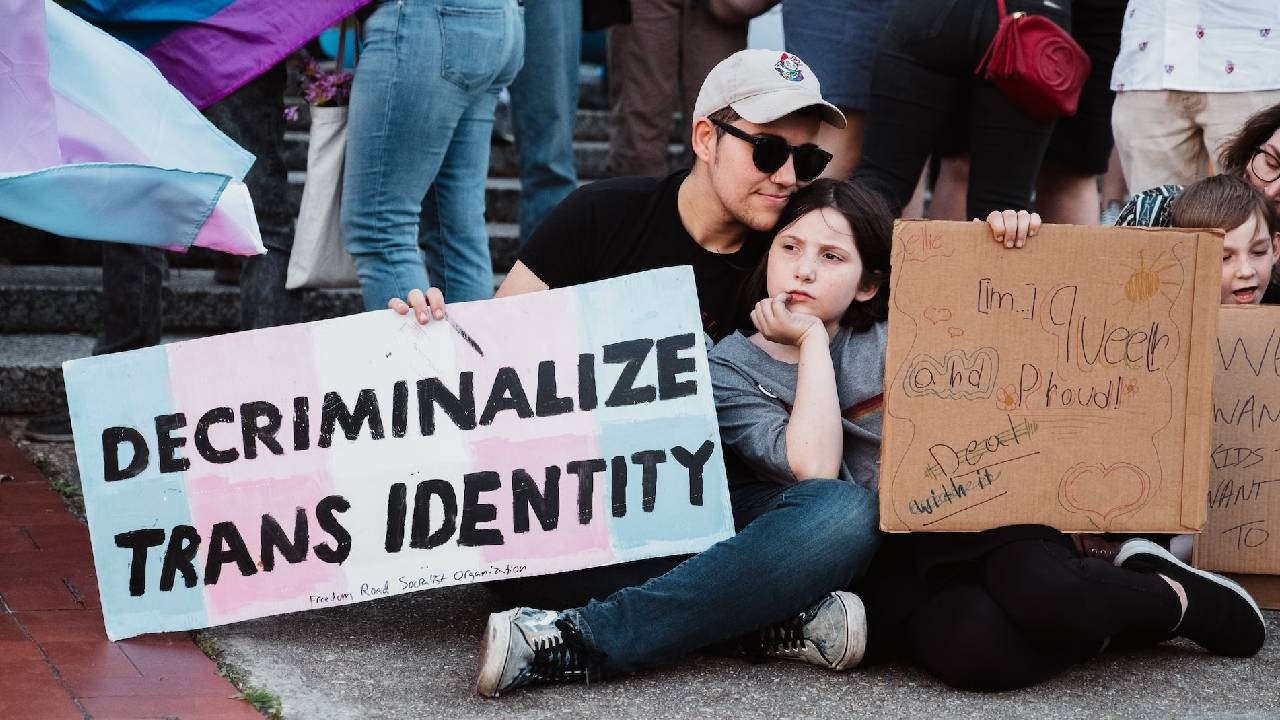 A few weeks ago, I wrote about the attacks on trans rights in the US:

This is fascism in Florida. pic.twitter.com/I4SJ12D14D

Nonbinary and Trans are Not New

In a previous post, I included a link showing that cultures throughout history and around the world have recognized more than one gender. In fact, cultures around the world have recognized combinations of male/female, agender (genderless), bigender, trans, and gender fluid since humans existed. Here is a list of more than 80 ways to describe gender identity. So you can see that being nonbinary or trans is not new. Even the Talmud (a collection of writings that covers the full gamut of Jewish law and tradition) recognizes male, female, agender, androgyny, and four version of trans identity.

I was not surprised to learn that Florida lawmakers twisted the science research to say that gender affirming care was harmful in the memo pushing to deny care for trans folks. (The research lies start on page 3964.) VICE News contacted all of the researchers cited in the memo. “VICE News spoke to 10 researchers who said they weren’t aware of the memo and that Florida’s Department of Health misstated their research; in fact, VICE News found that all 12 citations Florida presents against the use of gender-affirming care are either distorted or from a source with clear anti-trans bias.”

The latest fury from the GOP is because the US Department of Agriculture (USDA) has updated its non-discrimination statement to include “gender identity (including gender expression)” and “sexual orientation.”

The USDA administers the Supplemental Nutrition Assistance Program (SNAP), which provides funding for school lunches. More than 20 Republican-led states are suing the USDA, claiming that the inclusion is “unlawful.”

Grant Park Christian Academy in Florida said that hanging the non-discrimination poster would conflict with its convictions, and their free and reduced lunch students would suffer because not hanging the poster would put the school in violation of federal guidelines to receive funding.

The Florida Department of Education told school districts to ignore the new anti-discrimination rules, saying the federal government was trying to “impose sexual ideology” in schools.

In his “disregard Title IX” memo, Florida Education Commissioner Manny Díaz also says that having this USDA poster up may *violate Florida law* because it dares to say that LGBTQ people are protected from discrimination. pic.twitter.com/cDwPrv1OQ8

Governor Ron DeSantis (R-FL) said, “They’re so intent on destroying the competition of women’s athletics that they’re going to use school lunch money for poor kids as a cudgel to try to get us to submit to what they want." He added, "We’re not backing down one inch on this!”

It seems to me that the government is making sure kids aren’t discriminated against, and the GOP is willing to let kids go hungry so they can continue to discriminate against the LGBTQ community.

It’s Not About Lunch, It’s About Power

This outrage at other people’s gender expression is about power, just like any other oppression. Believe what you want, but as long as the other person’s personal life isn’t causing you harm, why do you care? If you aren’t gay, fine. But you don’t get to decide for someone else (as if it is a choice). If you don’t understand what trans is, that’s okay, but you don’t get to tell someone else they aren’t or make it hard for them to just exist.

The people ready to force someone else to conform with their dress and pronouns are a lot of the same people who refuse to wear a mask to fight the spread of Covid (but happily wear one to attend a fascist rally). What happened to my body, my choice?

Who do these policies that restrict bodily autonomy benefit? This focus on gender expression, keeping gender records from kindergarten if kids want to play school sports, invasive physical examinations for children, forced birth, withholding birth control – who benefits from controlling personal behavior that doesn’t harm other people? Let me ask this way, what group is least harmed by these policies? Rich (mostly), straight, white men. This push to eliminate bodily autonomy is another weapon of white supremacy.

If you’re thinking that it’s not about white supremacy or politics for you because it’s about your religious beliefs - your religion doesn’t dictate anyone’s behavior but your own. If your religion encourages you to deny medical care and food to people to force them behave like you, that’s not religion. That’s dictatorship. I heard this the other day: when you cross over, God won’t ask you about your neighbor’s sexuality or your coworker’s gender identity. God will ask how YOU behaved on Earth.

What Can You Do?