"Stop the Steal" Was a Lie and a Fundraiser 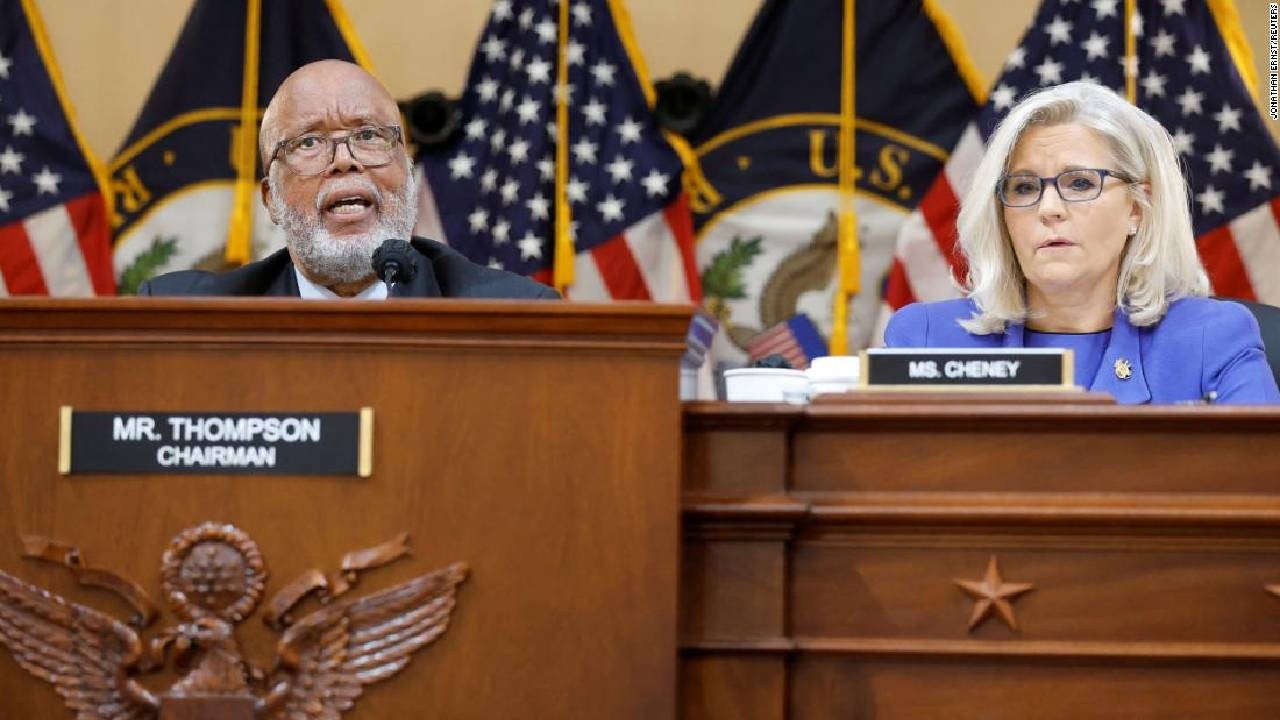 The January 6 Committee held it’s first hearing during prime time last Thursday, June 9 at 8PM. If you missed it, you can catch the replay here.

I wasn’t sure what to expect, but I was surprised by what was included. We saw snippets of video testimony from everyone from former Attorney General Bill Barr to Jared Kushner to Ivanka Trump and Trump staff all saying they knew Trump legit lost the 2020 election, that they told Trump that he lost, and that he refused to accept the voting results.

The Committee did an excellent job of streamlining their opening hearing with just two committee members speaking, showcasing evidence, and interacting with witnesses. January 6 Committee Chair Bennie Thompson opened with a powerful statement linking the failed insurrection with past American attempts to destroy democracy and take rights away from marginalized groups. Liz Cheney brought the fire, telling fellow Republicans, "There will come a day when Donald Trump is gone, but your dishonor will remain."

The never-before-seen video footage from the day of the insurrection brought up the same panicky feelings in my body that I had on January 6. It wasn’t until they called a 10-minute break an hour into the proceedings that I realized I wasn’t breathing!

What I’m not surprised about, but I’m still disappointed with is how the GOP is hanging onto the lie that people who broke into the Capitol and threatened lawmakers’ lives were tourists who got caught up in the excitement. Looking at the evidence from the first hearing puts that lie to rest:

The information presented in the second hearing on Monday, June 13 at 10AM ET was just as damning.

Bill Barr’s testimony is pivotal and his taped testimony was used both days. It’s almost as if he has positioned himself as a champion of democracy and the law (which he’s not), but he testified to the facts of the election. On video, Barr says that the election fraud claims were “bullshit” and the claims about Dominion voting machines were “idiotic.”

The witnesses have been mostly Republicans who served as part of Trump’s administration, and they have unequivocally stated that the 2020 presidential election was the most secure and least fraudulent election in recent history. The committee examined the variety of election fraud claims: ballot stuffing, thousands of dead voters, rigged machines – and witnesses refuted every claim with facts.

No Evidence of Even 8 Dead Voters

Al Schmidt, a former commissioner for the city of Philadelphia, testified, “Not only was there not evidence of 8,000 dead voters voting in Pennsylvania, there wasn’t evidence of eight. We took seriously every case that was referred to us. No matter how fantastical or how absurd, we took every one of them seriously, even these.”

Trump tweeted that Schmidt refused to investigate, which led to Schmidt being doxxed and death threats being made against his family.

No Credible Evidence of Election Fraud

Ben Ginsberg, a conservative elections lawyer who counseled the Bush-Cheney presidential campaigns in 2000 and 2004, including through the recount of the 2020 presidential election, testified on Monday. He said that in his review of the more than 60 cases and over 180 counts related to the 2020 election, the Trump campaign did not provide any evidence of fraud in any case.

The 62 post-election lawsuits from the Trump campaign and its allies resulted in 61 losses and 1 victory that didn’t affect the outcome of the election. About half were dismissed at the procedural stage for lack of standing or insufficient evidence, and the rest were struck down after being heard by a judge. Judges appointed by Democrats and Republicans (including 10 appointed by Trump himself) all stated there was no evidence. The cases were so outrageous that 11 lawyers were referred for disciplinary proceedings. Rudy Giuliani’s license was suspended in New York and is under review for permanent revocation in DC.

Litigation as a Fundraiser

The second hearing ended with a presentation about how the Trump campaign used the “stop the steal” campaign to raise money even after they knew that their litigation could not win in court. Rep. Zoe Lofgren (D-CA) said it didn’t make sense to continue litigation past the safe harbor date of December 14, when states must certify their electoral votes. But continuing the litigation made sense as a fundraising tool.

The Trump campaign sent millions of fundraising emails between election day and January 6, sometimes as many as 25 a day! They repeated claims they knew were false and couldn’t stand up in court even as they requested small dollar donations for the Official Election Defense Fund, a fund which didn’t even exist. They raised $250 million (almost $100 million in the week after the election). Most of the money went to a newly created Super PAC that donated to pro-Trump organizations like:

Donors were told their money would be used to fight election fraud that the Trump campaign knew didn’t exist.

The hearings will continue: