It's All Politics and It's All Connected 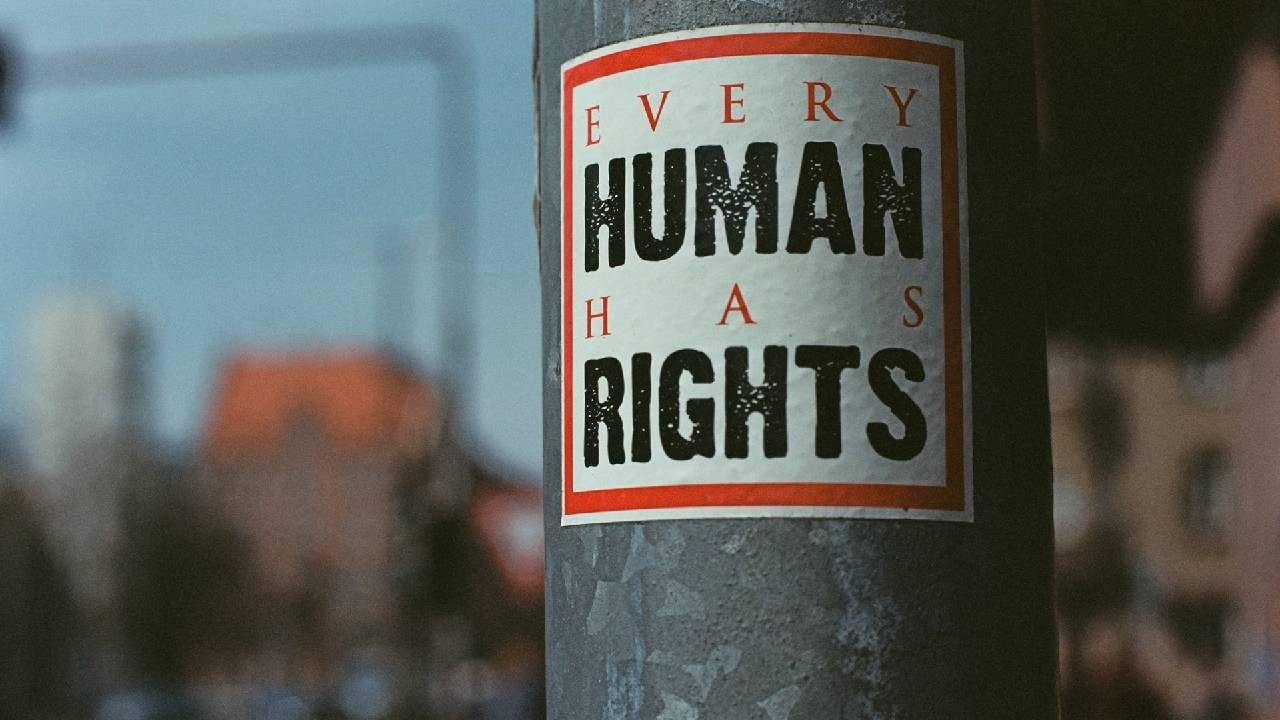 I’ve heard what’s happening in American politics described as throwing everything at the wall and seeing what sticks, especially when it comes to power seekers who use fear and hate to motivate. But it’s not that random. It’s all connected.

The attacks on different marginalized groups may seem unrelated, but if those in power can keep each group focused on their own fight for human rights to the exclusion of others instead of working together, then we’re not as strong. But if you notice how the attacks on social justice are all for the same ends, then it makes sense. Despite separation of church and state being written into the Constitution, the extreme Christian right is determined that their version of a “correct” life is the one everyone must follow, and they are enacting laws based on their religion.

Conservatives are doing everything in their power to strip voting rights from Black and brown people and dilute the voting power of communities of color because we have historically voted for more liberal politicians. The openly political (instead of nonpartisan) Supreme Court has supported the destruction of voting rights since its 5-4 decision in 2013 to strike down the heart of the 1965 Voting Rights Act. Instead of blocking discriminatory voting laws BEFORE they harm voters by forcing government officials to prove why any changes they want are not discriminatory before they enact them, this decision put the burden on voters to prove that they are disfranchised. Switching the burden from the government to the people opened the door for state and local governments to close polling places, enact restrictive voter ID laws, and even require proof of citizenship to disfranchise as many people as possible.

These laws have been proven to disproportionately affect Black and brown communities, causing longer commutes for communities with transportation needs, longer wait times for people who can’t afford time off from work, and multiple trips to inconveniently located offices to get the required paperwork to vote.

Alabama recently passed a law banning gender affirming treatment for transgender youth, making it a felony punishable by up to 10 years in prison for doctors and parents. It outlaws medication/hormone blockers and gender reassignment surgery for people under 19-years-old. Guess what? Even adults can’t just walk into the doctor’s office and get a sex-change operation like they’re ordering fast food. Reassignment surgery involves psychotherapy, medical evaluations and treatments, real life experience living as the other gender before people are even considered for surgery. (Not that that’s anybody else’s business or something that should be legislated by people with no experience with body dysmorphia and no medical background to guide treatment.)

Meanwhile, transgender youth and adults have significantly higher suicide rates than their cisgender counterparts and being able to reconcile how they look outside with how they feel inside significantly improves their mental health. The major medical associations oppose banning medical treatment for body dysmorphia. Doctors testified to the Alabama legislature that:

And yet, lawmakers saw fit to deny these rights to children and their families who are trying to protect them. A person’s biology and gender expression is none of the government’s business. Kay Ivey, who goes by the slogan Alabama’s most conservative governor, says that gender is a question of biology, not identity, and that in Alabama, people will go by how God made them. (Where’s that separation of church and state again?) What would the people who support this say if the governor was Muslim, Jewish, Sikh, or another religion and decided that we all needed to follow what they believed? I can tell you how they’d feel and have a pretty good idea about what they’d say.

The US has the highest maternal mortality rate of any industrialized country.

Black women in the US are 3-4 times more likely to die in childbirth or due to complications with pregnancy. Maternal mortality rates vary widely by state. In 2022 per 100,000 births there were no maternal deaths in Delaware, New Hampshire, and Vermont. There were 4 in California and 58.1 in Louisiana.

“Louisiana’s maternal mortality rate of 58.1 deaths per 100,000 births is the highest in the United States. The rate is about four times higher for black mothers than it is for white mothers, an issue that boils down to implicit bias. 59% of black maternal deaths are preventable, compared to 9% of white maternal deaths. Louisiana’s Joint Commission will be looking for new standards around pregnancy-related medical problems such as hemorrhaging and hypertension to be in place starting in January 2021. Additionally, state officials are rallying around the goal of reducing maternal deaths by 20% by Mother’s Day 2020.”

Last week in an interview with Politico, Senator Bill Cassidy (R-LA) said, “About a third of our population is African American; African Americans have a higher incidence of maternal mortality. So, if you correct our population for race, we’re not as much of an outlier as it’d otherwise appear. Now, I say that not to minimize the issue but to focus the issue as to where it would be. For whatever reason, people of color have a higher incidence of maternal mortality.”

This is from a Senator from the state with the HIGHEST maternal mortality of any state in the US.

The chart below shows what he doesn't want to focus on. 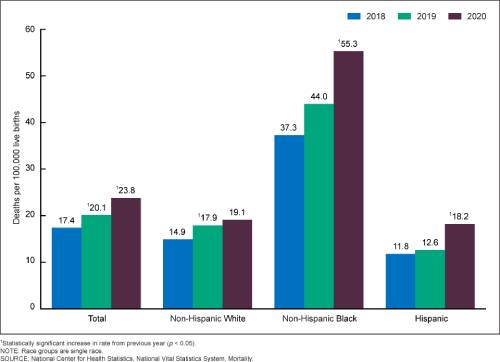 First of all, Black Lives Matter. Black women matter (but not to Bill Cassidy and plenty of others). Second, “correct our population for race”? Are Black women not a correct part of the population? We are American! We are human.

Evidently the focus shouldn’t be on Black women’s lives, so should it only be on white women? And it seems the senator is okay with a certain number of deaths for white women, just not too many. 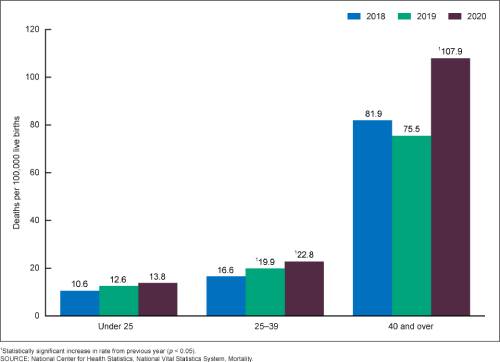 In the leaked opinion to overturn Roe v Wade, Alito clearly spelled out that overturning abortion isn’t about protecting life (which we know because the right supports capital punishment, does not support maternity care, maternity leave, social services for families, free school lunch, etc.). It’s about increasing the number of white babies in this country, the "domestic supply of infants" available to adopt. The more than 117,000 children waiting for placement in a permanent home must not be enough or the right kind of children. 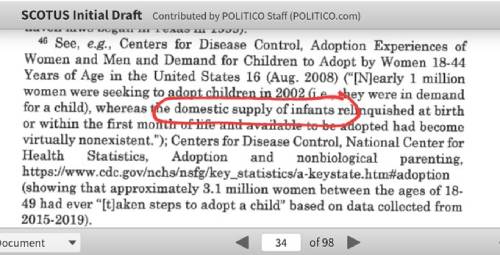 This is all part of the Great Replacement theory, the old racist theory that white people should be dominant at all costs. It’s about fear that if white people aren’t the dominant race, the Black and brown races may work together and treat white people the way they’ve treated us for centuries. They are afraid we’ll dismantle the systems that give white people unearned advantages and restructure this country to their disadvantage. And to people for whom equality feels like oppression, the thought that they might have to operate without advantage is a threat.

According to Vice News, at the Conservative Political Action Conference (CPAC) conference in Hungary last week, Matt Schlapp (head of CPAC) spoke out for banning abortion, saying, “If you’re worried about this quote-unquote replacement, why don’t we start there. Start with allowing our own people to live.”

Birth Control and Other Established Rights

If the Supreme Court overturns Roe V Wade, it opens the door to overturn other decisions that are generally accepted as established precedent for expanding human rights. 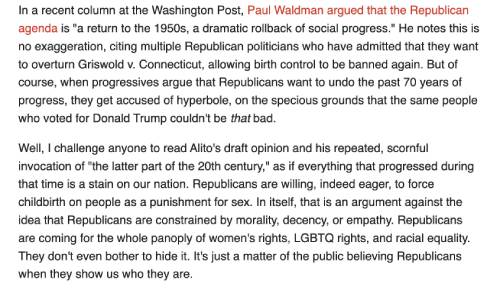 Justice Alito causally referred to decisions that upheld same sex marriage, interracial marriage, and contraception in his opinion. Griswold v. Connecticut, which established a constitutional right to privacy by giving married couples the legal right to buy and use contraception without government interference, was the basis for Roe. People are worried that the GOP will make birth control illegal, and some people running for office are already saying they would try.

Trump-endorsed state rep. candidate Jacky Eubanks says that if it came to a vote in the MI legislature, she would vote to make birth control illegal. “Sex ought to be between one man and one woman in the confines of marriage…and open to life. Absolutely.” pic.twitter.com/HgD5n3aTHB

Some far right personalities are pushing for segregation.

Peter Brimelow, a former National Review editor who now runs the racist website VDARE, celebrated the Roe news by posting on the alt social media site Gab: "Next stop Brown vs. Board!" pic.twitter.com/nYpfErOaVI

I've shared this recent video before of Senator Braun talking about leaving the legality of interracial marriage up to the states after the Roe decision was leaked. They are telling us what they intend to do. We need to believe them.

Here is the video of a sitting Republican US senator calling for overturning the 1967 Supreme Court decision, Loving v. Virginia, which legalized interracial marriage. pic.twitter.com/gQ7vfrxLw2

Everything Above is Connected

They are all separate pieces of a long-prepared plan to maintain and increase rich white, male dominance over society. Every day everything we choose to do (or not do) either:

If you’re not sure how you can make a difference, join Inspired by Indigo and learn how to make small changes to your life and expand your capacity to stop this injustice. If you’re on Facebook, I’m inviting you to join my group Meditations for Persistence. We were active after the 2016 election and I'm gearing up to restart. Live meditations keep us grounded and focused on self-care as we plan and share ways to fight for human rights.